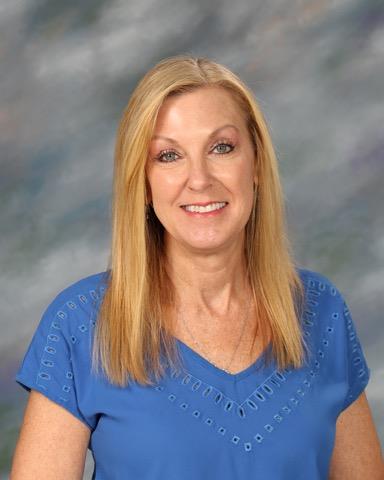 Oxford, Mississippi (December 14, 2021) — While Mistilis is a well-known last name in the Oxford community, the same goes for the Oxford School District. Cathie Mistilis, Accounts Payable Clerk, is retiring from the school district after 24 years of service. A quiet, kind presence in Central Office, Mistlis has held numerous positions in the district, but most notably, she played a role in the shift to digital student information  systems in the early 2000s.

“When someone possesses 24 years of knowledge and experience in one organization, their worth is truly immeasurable. Cathie can tell you who, what, when of days gone by, what has worked and what hasn’t. That type of experience cannot be replaced. Her retirement is definitely our loss,” said Superintendent Bradley Roberson.

Mistilis began in the district as a Teacher’s Assistant in 1998 when her children were young- she wanted summer’s off. As her children grew older, she began working in year-round positions. She served as a library assistant and then as the Office Manager at Oxford Middle. She moved into Central Office as the SASI-MSIS Coordinator and later became the PowerSchool Administrator, a huge job in a district of almost 5,000 students.

“Cathie has been my go-to person for two incredibly complex systems- PowerSchool and MSIS. These two systems are the foundation of everything we do and if we do it wrong, we are held accountable by the state. Cathie has taught and trained so many people along the way, we will definitely feel her absence,” Stephanie Stallings, PowerSchool Administrator.

After retirement, Mistilis plans to help her husband, Joey Mistilis, with his successful real estate business. She looks forward to traveling and spending more time with her family. Her son, Matt, works in Biopharmaceuticals, and lives in Philadelphia, Pa. with his wife, Jessica, and their daughter, Mina. Her daughter, Lauren, married to Lucien, lives in Champagne, Ill., and works at the State Farm headquarters.

“This is a great place to work. I love the people here and I am going to miss them,” said Mistilis. Even though Mistilis is retiring in the middle of the school year, the district will honor her at the annual retirement reception in May.