NFHS Mississippi Coach of the Year

Oxford, Mississippi (November 4, 2020) — Oxford Swim Coach, Robert Gonzalez, received the NFHS Coaches Association Award for Mississippi for the 2019-2020 school year. This prestigious awards program is administered by the National Federation of State High School Associations and supported at the local level by the MHSAA.

Gonzalez, a science teacher at Oxford Middle School, is in his 6th year of coaching Oxford's swim team. Gonzalez is an Accredited Interscholastic Coach (AIC) and a Certified Interscholastic Coach (CIC). Gonzalez has worked in the sport of swimming since age 4 and was a junior national qualifier. After high school, he attended Mississippi State University and coached Starkville High School and their club swim team. Following graduation in 2012, he took his first teaching job at Tunica Middle School and coached the inaugural swim program at Rosa Fort High School.

“I am just so glad we were able to make this season work. The doubts of the season were felt all the way into September on if there would be a championship meet. The work of just finding water to swim in since March has been stressful and challenging. Due to that, it was important on so many levels beyond the sport itself - it allowed a little bit more normalcy into the lives of our swimmers and families. Our program provided a safe, healthy environment for our swimmers which was needed for their physical, emotional, and mental health. I am so proud of how they responded to adversity in so many ways this season to make it something they'll never forget,” Gonzalez said. 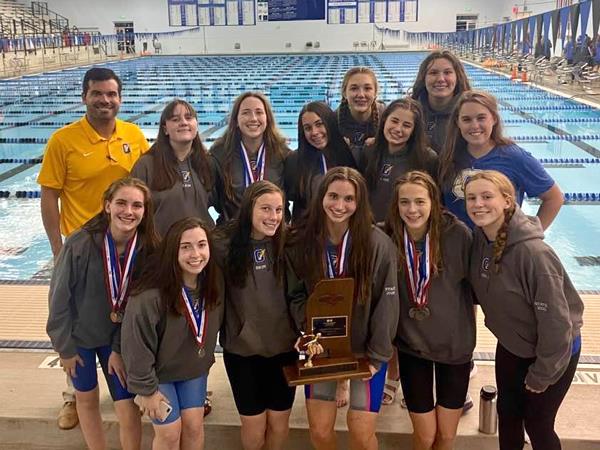 The 2020 swim season has just concluded with the girls team finishing as state runner-up and boys as second runner-up.