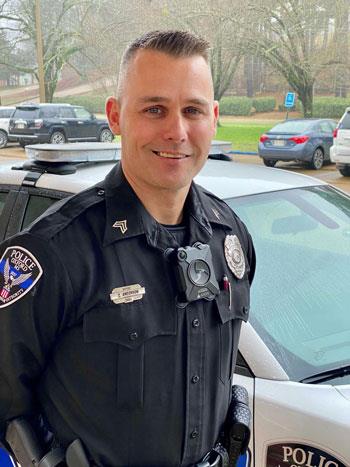 Oxford, Mississippi (February 12, 2020) — This week, the Oxford Police Department announced the promotion of Captain Donovan Lyons to Special Operations, moving him from his position as the OSD Director of Security. Lyons’ leadership has taken our campus security operations to the next level and we wish him all the best in his new role with OPD.

Sgt. Anderson is a beloved presence among students on the Oxford High School campus. Della Davidson Elementary students know him as the “dancing policeman” for his unique skills in directing traffic on Sisk Avenue! We appreciate his positive spirit and look forward to his leadership in this new role.