Girl Power on the Field at Oxford Middle School 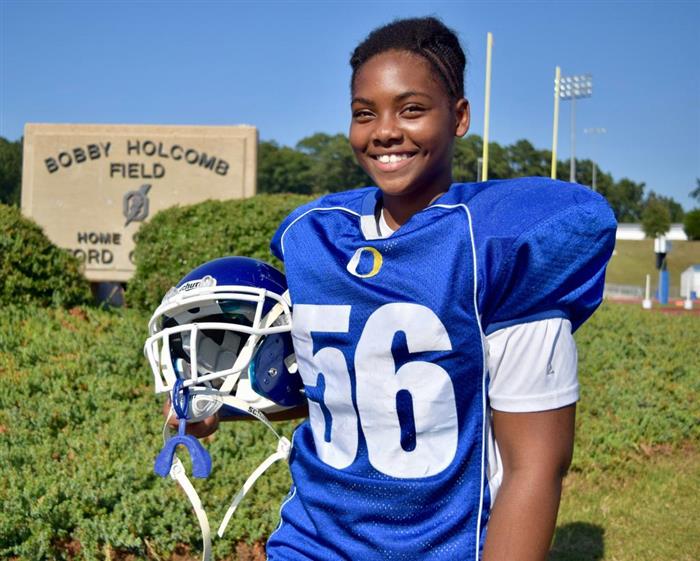 Oxford, Mississippi (September 9, 2019) — Oxford Middle School is well into a successful football season, but this year there’s a difference — the first female football player for Oxford Middle School is on the starting lineup. Aniah Echols, 7th-grade offensive lineman, has been starting with the Chargers every game so far this season. Echols is also a black belt in Taekwondo. Echols has been doing Martial Arts since she was 7 years old and is a gold medalist in Sparring, Board-Breaking, and Forms.

Coach Hardwick said “This is how we approach this new dynamic — we have a team of 40 brothers and 1 sister. We look out for our sister and our sister has 40 brothers if there is a problem. Planning the locker room dynamics has been new and interesting, but it’s no big deal now.”

So far, the 7th grade team is 2-0 and Echols is not afraid of the grit required to face off with her competitors. “I had to learn to love football at an early age if I wanted to play with my cousins. I have eight boy cousins that played football all the time, so I wanted to play too. But my grandmother wouldn’t let us tackle, so this is a little different. Once I got my first good hit, I thought hey this isn’t that bad,” Echols said. 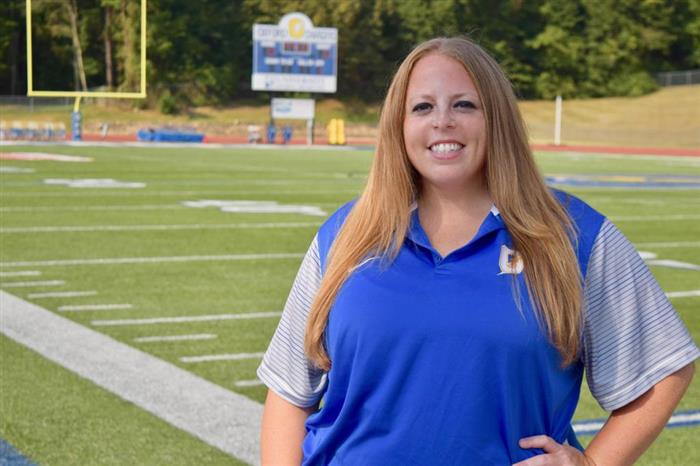 On the sidelines at OMS, you will also see the first female assistant coach in Oxford history- Megan Wolfe. A self-proclaimed football fanatic, Wolfe tried to play football for her high school football team in the small town of Frankfort, Indiana. Wolfe’s high school coach stopped her from going to the interest meeting and told her that girls don’t play football. “Back then, women playing in a predominately male sport wasn’t even a conversation on the table let alone actually happening,” said Wolfe.

“I grew up watching football with my dad- specifically Dan Marino with Miami Dolphins and Peyton Manning with my hometown team the Indianapolis Colts. My dad and I still have those conversations now about all the players from the week's games. Fast forward to today and I find myself in Oxford with an opportunity I couldn't pass up. I felt like it finally came back around where I could get my chance to help put women on the map when it comes to football.”

Wolfe has recently made one of the Mississippi Women’s Football Leagues- the Lady Panthers in Jackson, Mississippi and will be on their defensive line this upcoming season.