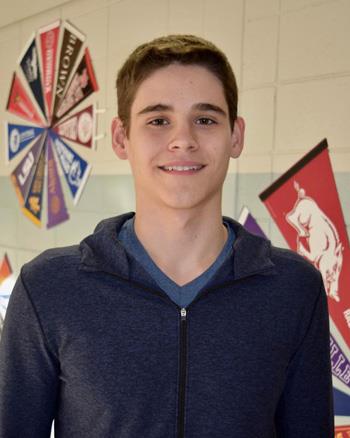 Oxford, Mississippi (October 23, 2018) — Oxford High School Senior, Brannan Kovachev, scored a perfect score of 36 on the National ACT test given in September. The Class of 2019 now has three perfect ACT scores to report. Kovachev is joining classmates John Ligon and Gillian Meyers with this prestigious title, who all were named as National Merit Semifinalists in September.

Recognized at the Board of Trustees Regular October Meeting, OHS Principal Chandler Gray, stated “Brannan is currently ranked 3rd in his class with a 4.42 GPA. More importantly, Brannan cares about doing things the right way and he cares about those around him.”

“Brannan is without a doubt one of the most intelligent and focused students I have had the privilege of working with. But at the same time, Brannan is a very humble, young man. He is always positive - willing to help others,” said ACT Prep Teacher Walter Freeman.